McManus’ insight informs two milestones from the article: one related to wills & estate planning and the other life insurance. From the story, here’s Milestone #4:

4. Update your will and estate plan: A few things may have changed since you last reviewed your will. You might have had another child, gotten divorced or been newly married. These changes would make it time to update your will to make sure your home, savings and other assets will go to the appropriate people after you die, Turner says. “If your ex-spouse is the beneficiary for your retirement plan you want to change that,” Turner says, adding that people should double check the beneficiaries for your 401(k) and life insurance policies.

The rules for how a person’s estate will be broken up after death vary from state to state, says Peter Creedon, a financial adviser in Mount Sinai, N.Y. For instance, some states may pass assets on to a domestic partner while other states will not, Creedon says, making the will the best method for explaining who should inherit assets. Talk to a lawyer or financial adviser about getting the documents in order. People with simple situations may get by using online services such as LegalZoom, which will create a will for prices starting at $69.

Parents should name guardians and put together a plan for what should happen to their children if they died, says John O. McManus, a trusts and estates lawyer in New York City. Those instructions can include guidelines for medical treatment and preferences on what type of school they would like their child to attend, he says. Parents who have amassed a sizeable amount of savings — think millions — may want to create a trust that would help them pass the money on to their children in a tax efficient way, he says.

END_OF_DOCUMENT_TOKEN_TO_BE_REPLACED

Colleen Moriarty, a seasoned health and lifestyle writer and a staff writer for Addiction.com, recently tapped McManus & Associates for advice on important legal documents that should be put in place for children who are already 18 or will soon be of legal age before they head off to school. Her article, “Help Your Child Stay Safe at College”, is part of a series called Off to College 2015: The First Six Weeks.

Moriarty’s article opens by shedding light on the importance of planning ahead to protect college-bound children, because, as McManus points out:

“If an accident, emergency, mental health crisis or trouble with substance abuse should arise after your son or daughter’s 18th birthday, you have little or no legal right to step in without legal documents that explicitly give you that authority.”

END_OF_DOCUMENT_TOKEN_TO_BE_REPLACED

Lynnette Khalfani-Cox is known as The Money Coach®; she’s a personal finance expert, television and radio personality, and the author of 12 books, including a New York Times bestseller. She recently reached out to John McManus for guidance on how to avoid a quandary like the one her family faced when three loved ones passed away in short order.

Writing for Get Rich Slowly, a personal finance publication with over 750,000 regular readers, The Money Coach® shares her heartbreaking story, which includes a nightmare custody proceeding after her sister passed away.

END_OF_DOCUMENT_TOKEN_TO_BE_REPLACED

New York Times “Wealth Matters” columnist Paul Sullivan recently interviewed John O. McManus, founding principal of NJ-based McManus & Associates and a top AV-rated attorney, about the implications of a recent court case in which he successfully helped a client named Kate contest the will of her late grandmother. John grasped the dynamics at play in Kate’s situation with her family, which was crucial to a successful outcome with the case.

END_OF_DOCUMENT_TOKEN_TO_BE_REPLACED

Have you ever wondered if scheming relatives can steal your life insurance money? Insure.com recently sought out the answer to this very question for readers. 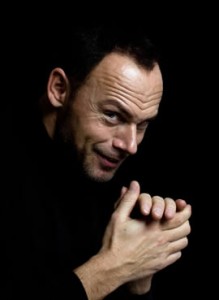 To understand what is often at the heart of inheritance wars – the “mysterious life insurance policy” – Reporter Ed Leefeldt turned to John O. McManus, McManus & Associates’ founding principal and top AV-rated attorney, for help. As recognized by McManus:

“Life insurance is an area where you can get cute, coy and clandestine,” warns John McManus, head of McManus & Associates, a New York City-based firm specializing in trusts and estates.

Leefeldt explains that assets such as homes, cars and furniture may be listed in a will, but others may not. Says McManus, “Life insurance, IRAs and joint bank accounts don’t show up as part of the estate because they’ve already been distributed,” says McManus. From the story:

When it comes to contesting a life insurance beneficiary, the article notes that “it’s tough to prove that mom was bonkers when she signed the policy, especially if an insurance agent was present.” According to McManus:

“Even if the deceased walked around in pajamas talking to Elvis, they may still have had the capacity to understand what they signed,” says McManus. Hiring a psychiatrist could also prove futile, unless the doctor actually knew the patient.

The piece goes on to discuss the lengths to which insurers will go in order to find beneficiaries and why you don’t need to worry about the wrong person being paid. To read expert tips on how to avert family fights over intentions for the payout, check out the full story here.

For questions about how best to utilize life insurance to transfer wealth to loved ones, call us at 908-898-0100 or drop us an email at communications@mcmanuslegal.com. Gerry Beyer, Professor of Law at Texas Tech Univ. School of Law, recently shared on his blog financial tactics and maintenance items related to estate planning to apply before 2014. “Wills, Trusts, and Estates Prof Blog” is a member of the Law Professor Blogs Network sponsored by Wolters Kluwer, and the list of tactics and maintenance items originally came from McManus & Associates. Here are the 10 estate planning questions to ask yourself before 2013:

Don’t miss our next free educational conference call, which will be held this month! Contact us for details at 908-898-0100.

1. Create a will or trust

2. Create a power of attorney

3. Create a health-care power of attorney and living will

4. Check the titling of your assets

5. Start with your family

In tackling the first tip “Create a will or trust”, a testamentary trust that goes into action when someone dies is given as an example to prevent unexpected consequences with regard to where your money ends up. Coombes draws from McManus’ comments to illustrate:

“The trust is actually built into the will,” said John McManus, founder of law firm McManus & Associates in New Providence, N.J.

He offered an example of what can happen without such a trust: “Say I die and leave my wife a couple of million bucks. Now it’s her in name. She then remarries, and then she dies two weeks later. Her new spouse will get one-third of those assets — even if we intended that money to go to our kids.”

The precise fraction promised to the surviving spouse will vary by state, but McManus said one-third is common.

Some boomers also may want to create a revocable living trust. There are a variety of reasons for considering such a trust.

Here’s one: If you have property or assets in more than one state — say, you live in New Jersey and own a condo in Florida — this document allows your estate to avoid the costly and time-consuming probate process in each state — with one document. A revocable living trust is portable. It will follow you across state lines, McManus said.

For the fifth tip “Start with your family”, Coombes turns again to McManus, who points out that estate planning isn’t only about you. From the piece:

Coombes goes on to shed light on a potential pitfall:

Here’s one example of what can go wrong: Often people intend to divide their estate equally among all of their children. Their will may state as much, but if one child is named on a joint account, say, to help with bill-paying, that account will pass to that one child “by operation of law,” McManus said.

“Even though the parents intended that it be divided equally, the assets in joint names with their one child will result in that child being disproportionately favored,” he said. In his experience, he said, adult children in that situation “almost never” square up with the other family members.

To avoid the problem, your parents could adjust the will such that larger portions of other assets are given to the siblings or, rather than making that child a joint account-holder, give him or her power of attorney over the account, McManus said.

To get the full story with more expert advice from McManus, click here. And to discuss what your must-do estate plan items are based on your unique circumstances, give us a call at 908-898-0100. We can help. 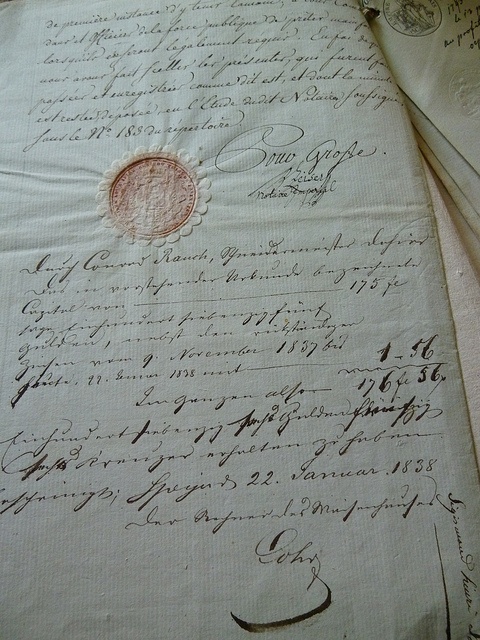 Jurisdictions have different laws when it comes to determining the jurisdiction of trusts and trust property. Founding Principal of McManus & Associates, John O. McManus, has shared his expertise by listing the ten most important considerations for deciding where to site your trust. Listed below are the considerations.

To read Beyer’s post and find a wealth of information on estate planning, head on over to Wills, Trusts, and Estates Prof Blog at http://lawprofessors.typepad.com/trusts_estates_prof/.