As part of our continuing effort towards thought leadership, McManus & Associates recently presented The Wall Street Journal with our impressions on the newest estate planning paradigm. The firm’s ideas helped shape a comprehensive, informative cover story in the Weekend Investor by well-versed Reporter Laura Saunders. The article, titled “The New Rules of Estate Planning,” also highlighted the Grevatt Family, one of our clients, for whom we employed a smart strategy in today’s environment.

END_OF_DOCUMENT_TOKEN_TO_BE_REPLACED 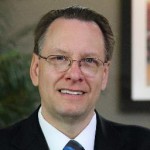 Gerry Beyer, Professor of Law at Texas Tech Univ. School of Law, recently shared on his blog financial tactics and maintenance items related to estate planning to apply before 2014. “Wills, Trusts, and Estates Prof Blog” is a member of the Law Professor Blogs Network sponsored by Wolters Kluwer, and the list of tactics and maintenance items originally came from McManus & Associates. Here are the 10 estate planning questions to ask yourself before 2013:

Don’t miss our next free educational conference call, which will be held this month! Contact us for details at 908-898-0100.

Gerry Beyer, Professor of Law at Texas Tech University School of Law, recently featured on his blog McManus & Associates’ latest educational conference call, “Top 10 Things to Know to Make the Most of Life Insurance in Estate Planning.” As pointed out by Beyer, using life insurance in your estate plan can provide significant protection for your loved ones.

To see the top 10 questions to ask yourself when estate planning with life insurance, read Beyer’s post. And check out more hot topics related to estate planning by visiting “Wills, Trusts, and Estates Prof Blog,” a member of the Law Professor Blogs Network sponsored by Wolters Kluwer.

Jurisdictions have different laws when it comes to determining the jurisdiction of trusts and trust property. Founding Principal of McManus & Associates, John O. McManus, has shared his expertise by listing the ten most important considerations for deciding where to site your trust. Listed below are the considerations.

To read Beyer’s post and find a wealth of information on estate planning, head on over to Wills, Trusts, and Estates Prof Blog at http://lawprofessors.typepad.com/trusts_estates_prof/.

With the flurry of trusts created over the past two years that peaked as we approached the “fiscal cliff,” guidance on how to properly maintain and operate these wealth transfer vehicles is useful. Now that they are in motion, who is at the helm?

During this 30-minute call, McManus & Associates reviews strategies to ensure that your trust operates properly as it advances your estate planning and wealth transfer goals. John O. McManus also discusses the special provisions for life insurance trusts, payment of taxes on income earned by trust assets and the new planning ideas utilizing the trust as a leading instrument to accomplish the mission.

From jewelry to art, cigar collections to fine china, dividing tangible personal property equitably among loved ones after death can be a major challenge for an executor. In order to keep the court from stepping in to divide the pots and pans –a task no judge desires– direction on how to allocate specific items should be given (rarely explicitly mentioned in wills).

LISTEN HERE: “‘These are a few of my favorite things’ – Top 10 Considerations when Planning for Tangible Personal Property”

After listening to the discussion, you’ll have answers to the questions below. Don’t hesitate to give McManus & Associates a call at (908) 898-0100 if we can be of further assistance.

1. Is it appropriate to use a personal property memo to capture personal items? Can enforcement of such a memo be guaranteed?
2. How do we catalog our personal property in a memo? Should items be specifically insured?
3. How to plan for art, jewelry and the use of a life estate for personal property, especially in a second marriage.
4. Are you a history buff with collection of Revolutionary and Civil War rifles? Who can you leave them to? Details on fiduciaries who need special licenses or permits.
5. How will pets, especially rare or exotic species be provided for?
6. How do you transfer and value intellectual property, Copyrights, projected sales, music and art?
7. Illegal transportation across state lines? Expensive transportation? Wine or gun collections, a grand piano? How to plan for covering expenses and proper transportation.
8. If you are named a fiduciary, what tasks should you consider taking now to ensure you are protected during probate?
9. Do you have bank accounts worldwide? Considerations to simply the probate process? Are you filing annual disclosures for FBAR?
10. What strategies can you use to ensure an equitable distribution of personal property when considering certain highly valuable assets? 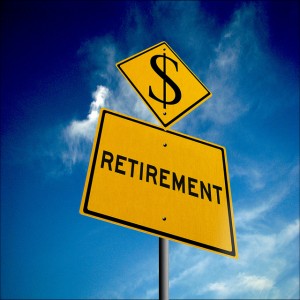