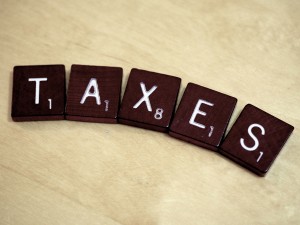 In the article’s intro, Fischer gives an example of a scheme that is “sophisticated” and involves “wealthy taxpayers and their unscrupulous or ill-informed tax advisors”: The IRS “has become very assertive in pursuing U.S. citizens or residents who have assets offshore,” Fischer writes. He goes on to cite McManus for more detail. An excerpt from the piece:

“They are as aggressive as they can be,” said John McManus, an estate planning attorney and founder of McManus & Associates.

When the IRS identifies someone with offshore assets, it wants to know whether that is because of convenience, family ties or a business situation, or is an effort to avoid income tax.

“The telltale sign on that is whether the jurisdiction in which they have the assets has its own income tax,” McManus said.

If the individuals are in France or Germany, for example, the U.S. government will assume that even though they may not be compliant at home, they are not trying to evade tax because they are paying in those countries.

“Their view is that this is not the candidate who is necessarily trying to break the law,” McManus said. “The people who are breaking the law are the ones who are moving their money offshore and not paying taxes in the jurisdiction they’re in.”

When it comes to sheltering money from taxes, the line between what is legal and illegal can be very thin and takes an experienced advisor to navigate.

Ninth on the list of 12, “Stashing cash offshore” involves individuals “evading U.S. taxes by hiding income in offshore banks, brokerage accounts or nominee entities and then using debit cards, credit cards or wire transfers to access the funds.” In this section of Fischer’s feature, McManus identifies a sometimes overlooked issue with offshore assets that can snare taxpayers. From the story:

The government wants to know about any offshore asset received by a U.S. citizen or resident so that it can track that asset and what the recipient does with it. In the event of a sale, for example, a capital gains tax would be due.

McManus said the recipient must report receipt of the offshore asset within his or her next income tax cycle. Failure to do so can result in a penalty of 30% of the value of that asset.

McManus’s firm is currently advising a U.S. citizen who inherited an offshore hard asset from his father valued in the six figures and brought it into the country. He failed to report the asset to the IRS, McManus said, because his tax advisor at the time was unaware of the reporting requirement. Now, the client faces a $300,000 penalty.

The matter is pending, and his ignorance of the reporting requirement may not win the day.

“The government catches very, very few people who are hiding money offshore, and it will make an example of anyone it catches,” McManus said. “The point here is that they are trying to encourage people to voluntarily disclose, and to let them know that the minute they own an asset offshore, they’ve got to report it.”

Moving on to number 10 on the list, McManus sheds light on “Abusive tax shelters” for readers. From the piece:

McManus said the approach of his clients — and by extension most wealthy taxpayers — to minimizing estate and income taxes is choosing structures that have been tried and tested over time.

In considering a potential tax shelter and working with an advisor, high-net-worth taxpayers should keep several things in mind, he said.

They should not undertake something just because they read an article about it or seen it advertised on the Internet.

The advisors they speak with should have experience and be able to point to specific candidates and clients with whom they have undertaken the particular tax shelter.

Clients should always seek an independent opinion from a person who is not connected with the advisor they are collaborating with to choose a potential tax shelter.

“This is always tricky,” McManus said. “We do things that are considered by 95% of the estate planning world as far reaching. But the 5% who are on the top end of representing very wealthy people say this is right down the middle: it has 20 years of history and here’s how you do it.”

He said it was important to be sure that the firm from which one is seeking the second opinion is not rejecting the tax shelter just because it is outside their area of expertise.

“You want to emphasize people who have the experience to be dealing with more sophisticated estate planning,” he said.

Finally, the last thing the client should ask is whether there has been either a revenue ruling or a private letter ruling on the topic.

The IRS noted that it continued to see an increase in the improper use of private annuity trusts and foreign trusts to shift income and deduct personal expenses, as well as to avoid estate transfer taxes. As with other arrangements, taxpayers should seek the advice of a trusted professional before entering a trust arrangement.

Below is the full list of the IRS’ Dirty Dozen. To learn more about each tax scam, read the full ThinkAdvisor story here.

Did you know that McManus & Associates prepares personal income tax returns for its clients? Income tax planning is a natural outgrowth of estate planning. Give us a call at 908-898-0100 to learn more.