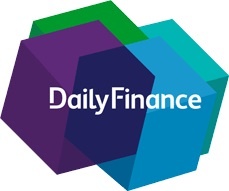 Estate planning nightmares don’t just exist in dreams. Writing for DailyFinance, Reporter Michele Lerner relays several real-life horror stories that arose—and certainly have been replicated in similar forms far and wide—due to families neglecting to have detailed conversations about inheritance plans. “According to the 2014 Intra-Family Generational Finance Study by Fidelity Investments,” Lerner writes, “64 percent of parents older than 55 who have at least $100,000 in investable assets and their adult children over 30 aren’t on the same page about when the right time is to have conversations about estate planning.”

For her article, “Avoid These Estate Planning Nightmares,” Lerner asked John O. McManus, founder of McManus & Associates, to share estate planning blow-ups that his clients have faced and how he helped them overcome each challenge. From the story’s section titled, “Cross-Country Squabbling Siblings”:

A client of John O. McManus, an estate attorney and founding principal of McManus & Associates in New York City, had a client whose daughter lived on the West Coast and son and daughter-in-law lived close to her on the East Coast. The children had joint power of attorney, and the daughter would sign blank checks so that her brother and his wife could pay for things their mother needed without constantly needing her signature.

“The son wrote his wife checks from his mom’s account as a salary to pay her for taking care of his mother, which caused some tension between the siblings,” says McManus. “Due to the son’s history of run-ins with the law, the daughter was wary of letting him have too much power over his mom’s estate.”

McManus was able to get both parties to agree that the daughter-in-law could go through the house with the estate sales team to select items that she claimed were left to her, and the company would value these items to be deducted from her share of the deceased’s estate.

To avoid situations in which relatives fight over individual property, it’s best to include a written list of items of value with designated recipients in your will.

As pointed out later in Lerner’s piece, “stepparents, stepsiblings, and half-siblings can make estate planning much more complicated.” Dubbed “Blended Family Brouhaha,” Lerner shares the story of another McManus & Associates client who died, leaving an administrative mess that led to an extended and complicated estate settlement process involving the man’s ex-wife, kids and current girlfriend. From the story:

For more than a year, there was a fight over who could open one of the client’s storage units. “Finally, we were able to find a day that lawyers from all the represented parties could go together to open the unit,” McManus says. “We had to count every item down to the socks to create an itemized list of contents to be divided among the heirs.”

The haggling over every detail of the deceased’s estate continues, McManus says: “His ex-wife, kids and current girlfriend are still fighting over anything and everything, including airline frequent flyer miles. We had to value the miles, investigate the transfer of ownership to an estate name and then equitably divide them.”

How can one avoid similar estate planning nightmares? Quite simply, “Don’t leave your heirs a mess,” emphasizes Lerner. From the article:

A detailed will, properly identified beneficiaries, and designated recipients of effects from an estate can reduce the chances of a free-for-all after a death, although when multiple parties are involved who were already arguing before the parent’s death, the chances are high that lawyers will be brought into the fray.

Read the full story on DailyFinance’s website here. And to avoid a “free-for-all after a death” in your own family, give us a call at 908-898-0100 so we can help ensure that you have the proper planning in place.